Nominee is not sole heir of property: HC 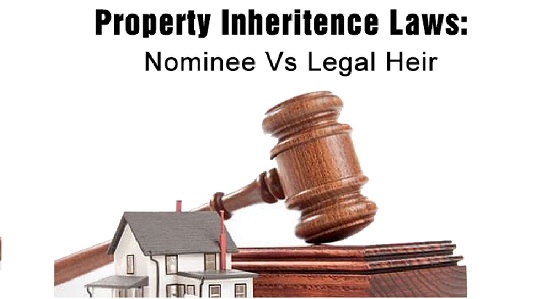 Nominee is not sole heir of property: HC

MUMBAI: A nominee of a property in a housing society does not automatically become the absolute owner of the property after the death of the original owner, the Bombay High Court has ruled in an important order.

Delivering the verdict in a legal battle that has dragged on for over 29 years, Justice A P Deshpande said it would be the personal law of an individual that would determine the successor to the property and not the nomination under the Cooperative Societies Act.

The court held that a nominee did not become the "absolute owner'' and was empowered only to hold the "property in trust for the real owners, that too for the purpose of dealings with the society''. A nominee has to give way to the legal heirs.

The court's judgment came in a dispute over a 5,610-sq-ft plot at the Nav Rajasthan Co-Operative Housing Society in Pune bought by Shivram Sattur, who had named his wife Tarabai as a nominee.

Tarabai tried to sell the property after his death, but her four children sued her. Two subordinate courts upheld the sale agreement saying Tarabai had become the sole owner of the property as a result of the nomination.

The HC, however, did not agree and said that her children also had a right over the plot as they were the legal heirs.

The Hindu law says that on the death of a man, in case there is no will, the property is equally shared between the wife and the children. Muslims are governed by their personal laws.

Under the MCSA, on the death of a member, the society can transfer the interest to a nominee or an heir or a legal representative. Such a nominee does not become the only owner, the HC said. The nominee represents the legal heirs of the deceased member while dealing with the cooperative society and is only empowered to act on behalf of the real owners. This is a temporary arrangement between the death of the member and till the court decides the legal heir who is entitled to the property or estate.

The HC judgment has been stayed for eight weeks on a request from the developer who bought the property.

Many social groups keep on recirculating the S C judgment to say in a landmark judgment supreme court has declared nominee to be absolute owner.

The Bombay High Court (DB Headed by Abyay Oka J.) in Appeal No.313 of 2015, decided on 1.12.2016, at paragraph Nos. 34, after citing several judgments, including the recent judgement of supreme court, has conclusively settled the law that nominee does not get absolute title to the property subject matter of nomination. The reason is by its very nature, when a share holder or a deposit holder or an insurance policy holder or a member of a co-operative society makes a nomination during his life time, he does not transfer his interest in favour of the nominee. It is always held that the nomination does not override the law relation to testamentary or intestate succession. The provisions regarding nomination are made with a view to ensure that the estate or the rights of the deceased subject matter of nomination are protected till the legal representatives of the deceased take appropriate steps.... As observed by the Apex court, the legislative intention is not to provide a third kind of succession. Its hoped the controversy is set to rest, once for all.